The project, which already has the favorable report of Puertos del Estado, has been submitted to the Secretary of State for approval.

The Bay of Cadiz Port Authority is planning to tender the paving project for the esplanade and urbanization of access to the New Container Terminal during the month of September.

The project, whose budget amounts to 6,208,146.42 € (excluding VAT), already has the mandatory report of State Ports (exceeding 3 million euros) and has been submitted to the Secretary of State for Infrastructure, Transport and Housing of the Ministry of Development for final approval prior to the tender (necessary to exceed 6 million euros budget).

The administrative document to be able to tender the work is also finished, so, once it is approved by the Secretariat of State, it will be put out to tender, presumably in the month of September.

In this way, Concasa, the concessionaire of part of the first phase of the New Container Terminal, will be able to start moving its staff from the last quarter of 2020 and thus comply with the schedule of starting up the new terminal at the end of next year.

As it is known, 45,000 square meters of surface of the new container terminal have been granted to Concasa for its exploitation.

Among the conditions of the concession was the commitment by the APBC to pave the esplanade and complete the urbanization of the surroundings.

The president of the Bay of Cadiz Port Authority, Teófila Martínez Saiz, wanted to highlight the effort made by the technicians to be able to tender this work in the shortest possible time, given its importance in fulfilling the commitment to put the New Container Terminal into service at the end of next year.

Likewise, repair work on the tunnel waterway has begun with the aim of being able to undertake in the near future the second phase of the access project to the New Container Terminal, consisting of definitively concluding the access tunnel.

The current investment of the Bay of Cadiz Port Authority in these three projects amounts to 11 million euros. 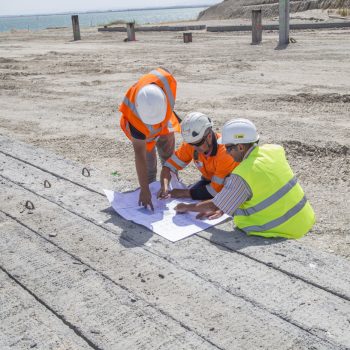 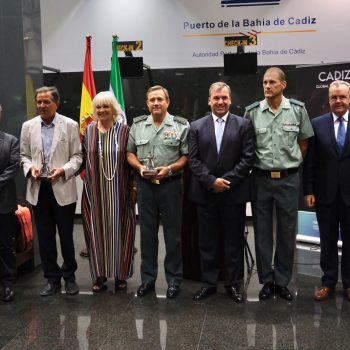