The Port of Cadiz reaches 300 stopovers and 400,000 passengers within a month of the end of the year

The Port of Cadiz has received 306 cruise ships and 399,823 passengers until November, marking a milestone in the number of stopovers a month after the end of the year. In the month of December there are announced 16 stopovers so that, if the forecasts are met, 2018 will close with 322 cruises and approximately 415,000 passengers, which would also mean a historic figure in the number of cruise passengers.To date, the best passenger registration occurred in 2015, with 411,455 tourists, while the maximum number of transatlantic annual was 296 in the years 2011 and 2013.Having reached this quantitative milestone, the strategic objective of the Port of Cadiz is now focused, in collaboration with other administrations and public and private institutions, on becoming a base port for cruises.In this regard, it should be remembered that, according to the latest study by the Andalusian Government on cruise tourism in the region, the average expenditure per cruise ship and day in port of call is set at 40.6 euros, so the annual impact so far would amount to 16.2 million euros.In the case of the base port, expenditure amounts to 200 euros, hence the interest of both the Bay of Cadiz Port Authority (APBC) and the sector in advancing this objective.To this end, the APBC has carried out various actions over the last year, including the trade mission to the United States recently held, in which it has visited, together with other agents of the sector, a dozen cruise lines, among which are the largest in the world.It has also presented the brand Cruise Cadiz, to market Cadiz as a base port using Andalusia and all the values already associated with it as a claim, in addition to having presence in forums as important internationally as Seatrade Cruise Global, Seatrade Cruise Med and Cruise Summit.

The Port of Cadiz presents the essence of Andalusia in Seattle 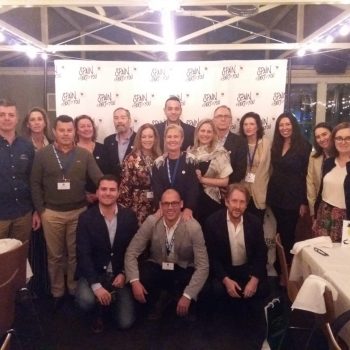